Our programs range from pre-school – through adults, non-competitive and competitive focus. We encourage our gymnasts to learn through the experience of trying new skills and celebrating effort.

We take A LOT of extra courses in order to coach your children.
Here are a few: Concussion Training, Making Ethical Decisions in Sport, Conflict Management, True Sport Clean 101, Respect In Sport, First Aid/CPR, in addition to our sport specific courses. We participate in continuing education to keep your kids safe in the gym and involved  in physical activity for years to come. 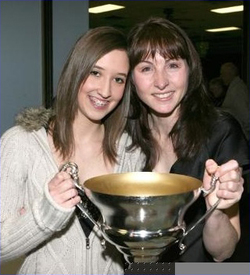 Shaunna Cline is a U of A Physical Education graduate with certificates in Adapted Phys.Ed, Athletic Therapy and Dance. She also has certification in Artistic Gymnastics, Active Start, Special Olympics, Circus Instruction through National Circus School and is a fully certified Level 3 NCCP coach for Rhythmic Gymnastics and a Gymnastics Foundations Facilitator for Gymnastics Canada. She is completing her Masters of Arts in Counselling Psychology.
Shaunna is the only female recipient of the Red Deer Firefighters Kendall Dunkle Minor Sport Coach of the Year (2008). She received the Barbara Miller award from Rhythmic Gymnastics Alberta for long-term dedication promoting the sport of rhythmic gymnastics.  Shaunna has accompanied gymnasts to competitive and non–competitive events including Alberta Winter Games, Western Canada Summer Games, Canadian National Championships, Canada Winter Games, Palm Springs USAIGC competition, National Gymnastradas and World Gymnaestradas. She is the mom of five children and three dogs. In her spare time, she choreographs routines in her sleep and dreams about restoring her ’78 Westfalia. 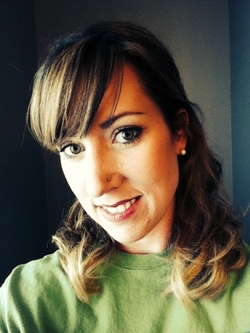 Michelle Anderson is a former National level athlete, a certified Level 3 NCCP coach, a NCCP/Gymnastics Canada certified learning facilitator for Rhythmic Gymnastics  and a Level 2 Course Conductor. As a gymnast she competed across Canada, winning provincial and western Canadian titles, as well as  consistently ranking 8th-12th in Canada. Michelle has coached at all levels, with groups and individuals, for different clubs in Edmonton and Calgary, taught at national health and physical education conferences and has provided sport outreach and training to clubs throughout Alberta.
Michelle travelled to Switzerland for the 2011 World Gymnastrada, helping to choreograph the routine as well as performing with the team. She is mom to two daughters and a son who often visit the gym. 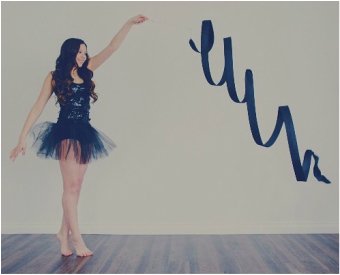 Kenyn "Kenny" is a former Level 6 Provincial Stream Rhythmic Gymnast.
Kenny's  over-the -top enthusiasm for rhythmic gymnastics, infectious smile,  attention to details and caring demeanour make her an effective, positive influence for our young rhythmic gymnasts.  Her favourite rhythmic apparatus are ribbon and clubs! In addition to coaching, Kenny is finishing her post-secondary degree and helping with club events.
​

Madisyn is returning to CARGO again as Level 1 coach this season. She is formerly Provincial Level 6 rhythmic gymnast and was a member of Red Deer Rhythmic Gymnastics - CARGO 2007, 2019 World Gymnastrada Team which performed in Austria.  She also performed as  "Thumbelina" for CARGO  production when she was 6 years old.

Madisyn has her bronze medallion for swimming. In case we ever practice near water, your children will be safe. Madisyn also loves dogs, especially hers. Madisyn is a Middle Years Teacher with Red Deer Public Schools. 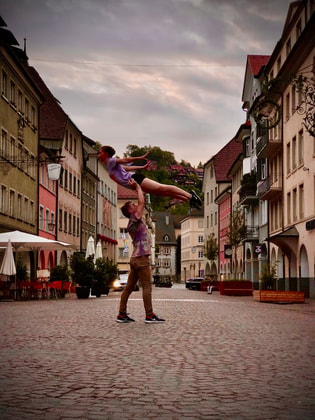 Caiden Cline is a retired National competitive Trampoline and Tumbling gymnast. He is a Level 1 NCCP certified and he has expanded his skills into sports acrobatics. You may have seen him in the Canada Winter Games 2019 Opening Ceremonies, woohoo! Caiden is also a multitalented gymnast who also sings, dances, acts and is a self taught musician. He is working towards his Bachelors of Applied Arts majoring in Live Theatre Entertainment Production. 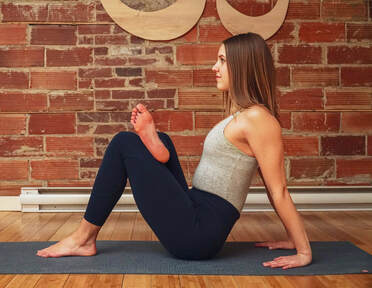 Madeline is a CYA-RYT200 hour yoga instructor with 13 years of experience as a competitive gymnast. She has been coaching gymnastics for 6 years with a Level 1 coaching certificate. With her ample experience and attention to detail, she brings a fresh perspective to the Sport Acrobatics program. 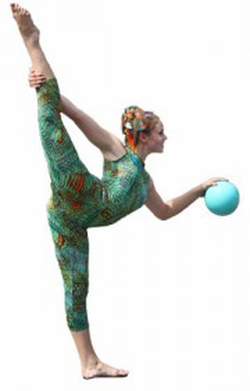 Scotia Cline is the middle child of five so she knows how to get along well with others. She loves coaching enthusiastic rhythmic gymnastics students of all ages. Scotia is a former National Level rhythmic gymnast, having competed as both an individual and a group competitor. She has completed her Level 1 Rhythmic Gymnastics certification as well as B.A. in Sociology and Communications and has her bilingual certificate for French. In the event of a crisis in the gym, Scotia is prepared as she is Level 1 trained in Red Cross Disaster Management.